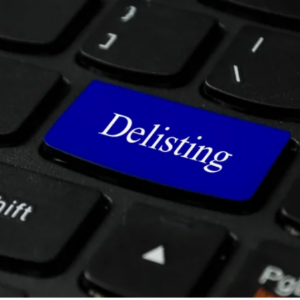 Bittrex, a popular cryptocurrency exchange, has announced that it will be delisting three privacy coins from its offerings. The three coins are Monero (XMR), Dash (DASH) and Zcash (ZEC). The platform will seize offering the coins from January 15, 2021.

The news comes a few days after the exchange delisted Ripple’s token, XRP, over the charges made against Ripple’s executives by the Securities and Exchange Commission (SEC). The trading pairs that will no longer be available after the set deadline are BTC/DASH, ETH/DASH, USDT/DASH, USD/DASH, BTC/XMR, ETH/XMR, USDT/XMR, BTC/ZEC, ETH/ZEC, USDT/ZEC and USD/ZEC.

Bittrex announced that users on the platform have only thirty days to withdraw the said tokens. However, the company stated that the deadline for withdrawal could be shortened due to various reasons; hence users need to withdraw the coins as soon as possible.

Bittrex has been making headlines in recent days following the regular delisting of various tokens. The exchange stated that it would delist Ripple’s native currency, XRP, but unlike in the XRP delisting, the exchange did not provide any reason why the three privacy coins would no longer be supported.

The decision to delist Ripple was understandable, given that the company was facing charges of an illegal securities offering. Besides Bittrex, other cryptocurrency exchange platforms also delisted XRP. However, in the case of Monero, Dash and Zcash, Bittrex has failed to provide any reason.

Privacy coins are cryptocurrencies that run on a different type of blockchain. In the Bitcoin blockchain, transactions are open for everyone to see, making it easy for people on the blockchain to see the addresses that make various transactions.

However, privacy coins ensure there is 100% anonymity in transactions. Hence, those who use these networks and currencies to transact can hide their activity from other people. This nature of privacy coins makes them susceptible to use by cybercriminals.

Cybercriminals who demand ransom and want to be paid in cryptocurrencies choose these privacy coins because it makes it hard for law enforcement agencies to trail their activities. While Bittrex did not provide any reason for delisting the cryptocurrencies, the risk of these coins being used by hackers could be a contributing factor.