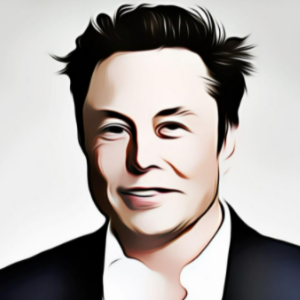 Elon Musk has been an agile supporter of meme coins, especially Dogecoin. However, it currently seems like the Tesla CEO is now cheering for a newly launched cryptocurrency, Baby Doge Coin.

The announcement by Musk comes after speculations that the billionaire had given up interest in cryptocurrencies, given that his frequency of tweeting about them has dropped. The latest tweet sent Baby Doge Coin on a massive uptrend and increased the coin’s popularity.

The tweet about Baby Doge was about a popular children’s song, where Musk tweeted, “Baby Doge doo doo doo doo doo.” While the tweet contained the word doge, the meme coin failed to increase and instead, Baby Doge benefited from the free advertising.

Elon Musk has been an agile supporter of Dogecoin and other meme coins. His tweets regarding these cryptocurrencies always positively affect prices, with different analysts stating that developers have created bots that place buy orders whenever Musk mentions the coins.

Musk is also attributed to the massive Dogecoin uptrend in May when the meme coin reached an all-time high of $0.75, and its growing market cap led to it ranking as the fourth-largest cryptocurrency.

However, like the rest of the crypto market, Dogecoin’s prices were affected by the market crash in May, which led to the coin losing almost 67% of its value. Besides, the dogecoin craze that happened during this period also appears to be fading.

The dogecoin bulls were further inhibited by Musk’s silence on Twitter after he stopped talking about the meme coin as frequently as he used to. Even with this recent comeback, it seems as if the Twitter CEO is now changing sides and supporting the new Shiba Inu-inspired crypto.

The Baby Doge website stated that its meme father, Dogecoin, inspired the cryptocurrency. The popularity of Baby Doge is attributed to support from the large Dogecoin community. The boom of Dogecoin has attracted other copycats in the market, but none of these has quickly risen to fame as Baby Doge.

The tweet about Baby Doge increased prices by around 90%, and the coin is trading at around $0.000000001937. On a weekly scale, Baby Doge’s value has increased by more than 700%. The skyrocketing values have also placed Baby Doge Coin closer to breaking its all-time high achieved on June 24. A gain of more than 5% will lead to a new high for the meme coin.