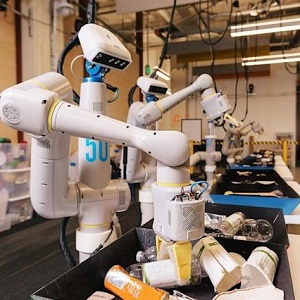 Alphabet also stated that the new division of the company, labeled Intrinsic, will be an independent company. Intrinsic will also seek partnerships with other industrial players to help produce everything related to robotics, ranging from solar panels and cards. Wendy Tan-White, the new chief for the Intrinsic unit, made these remarks. Wendy is also the founder of Moon-fruit, a platform that offers website building services.

"Intrinsic is working to unlock the creative and economic potential of industrial robotics for millions more businesses, entrepreneurs, and developers," Wendy added. "We're developing software tools designed to make industrial robots ... easier to use, less costly and more flexible so that more people can use them to makeÂ new products, businesses and services."

The new project is also looking for partnerships from relevant industry players to boost its reach and expand offerings. Intrinsic is a unit created from Alphabet X, a moonshot project behind the self-driving car sector, Waymo. The project is also associated with the Verily life sciences group.

Wendy also stated that some parties that would make for strategic partners include sectors such as electronics, healthcare and automotive. These firms invest heavily in industrial robotics, and together, they would both learn a lot from what this sector has to offer.

Wendy also added that the goal of Intrinsic was all-around to build industry efficiency. She stated that through robotics software, various sectors could benefit from cost-effectiveness. The software could equip manufacturing companies with sustainable and equitable ways that they would offer low-cost production strategies.

In terms of equity, Wendy pointed out the unequal distribution of resources worldwide, wherein manufacturing companies were only focused on specific regions. Various metrics show that 70% of the goods produced in the world are only manufactured in ten countries.

The unequal distribution of manufacturing also shows that most goods are produced miles away from their end consumers. This inequity also leads to other effects such as increased carbon emissions during the transportation of goods. Besides, it also means that many countries and other businesses are also protected from missing out on any economic advantages that lie with manufacturing.