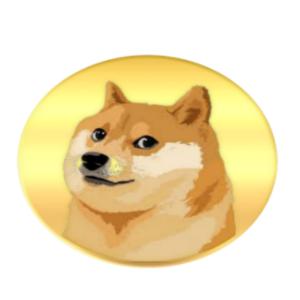 Dogecoin and Cardano Accepted as Payment Method for LocalBitcoins

LocalBitcoins, a renowned peer-to-peer cryptocurrency marketplace, has announced the expansion of its portfolio to include more payment methods. The new payment methods that the platform has added include Cardano (ADA), Chainlink (LINK), Dogecoin (DOGE) and Polkadot (DOT).

LocalBitcoins is a platform that was created in 2012. It is a peer-to-peer platform that is based in Helsinki, Finland. The platform offers over-the-counter trading services affiliated with local cryptocurrencies such as Bitcoin, and it has now expanded its portfolio to other areas.

In the announcement, the company stated that it would be adding various new virtual assets to its offerings. These assets will include the most popular stablecoins, Tether (USDT) and USD Coin (USDC). Other popular assets such as Bitcoin Cash (BCH), Cardano (ADA), Chainlink (LINK) and Dogecoin (DOGE) have also been added.

In the announcement, the firm stated that the new digital assets had been added to meet the increased user demands for the mentioned coins. LocalBitcoins has also integrated more payment processors on the platform. Users can now process payment for buying and selling digital assets using Airtel Money, PAYSEND, PaySera and Vodafone Cash.

The recent crypto boom has attracted more players into this sector. Countries that are battling inflation and bad economies are turning into cryptocurrencies as a store of value. LocalBitcoins has positioned itself as a readily availability crypto trading platform that is available in struggling economies.

LocalBitcoin's services have readily been adopted in Venezuela, with the BTC trading volumes on the platform reaching high levels in recent years. However, the increased growth of the platform has also attracted threat actors.

A recent report from the Venezuela Scientific, Criminal and Criminal Investigation Corps (CICPC) stated that two individuals had been arrested for their alleged involvement in theft associated with cryptocurrency. The theft, which was also linked to the P2P platform, led to a loss of around $136,000.

The report also stated that the two individuals solicited the funds from 36 victims. The two men namely, Alan Renier Amora Blanco and Guillermo Alberto Bello Mendoza, have since been arrested and are detained in El Paso.

However, the report's details were limited, as it did not detail how long the scheme was in operation. However, the report stated how the individuals solicited funds. The two assured investors of high returns on the digital assets bought with their legal accounts. However, once the payment was made, the two individuals halted their communications with the victims.