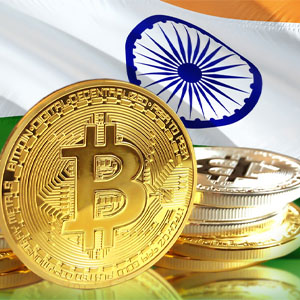 In good news for the Indian cryptocurrency community, the Supreme Court has overturned the Reserve Bank of India’s (RBI) banking ban on Bitcoin and other cryptocurrencies. The Supreme court ruled that the RBI circular on April 6, 2018, is illegal and is winding up to be withdrawn by the RBI. Since then, the RBI has issued a directive that all entities regulated by it should discontinue any activity relating to virtual currencies, including Bitcoin.

Bitcoin is by far the most popular cryptocurrency in the world and is currently worth $8,821 with a market cap of 161$ Billion. India’s crypto community has been battling the state’s ban on cryptocurrencies for nearly two years now, but there have still been some startups that have managed to survive. One such startup is WazirX, which was acquired by Binance in late 2019.

“ The Indian cryptocurrency startups that had to shut down when they couldn’t figure out the country’s cryptocurrency rules have a chance of opening up again”, founder of WazirX said, this declaration by the WazirX founder is really a good sign.

CEO of WazirX, Nischal Shetty, wants to work with regulators, so the framework created is better and also improve the presentation of their cryptocurrency bill. Binance is welcoming Indian users to the cryptocurrency community with open arms after receiving this announcement. The central government is legalizing cryptocurrencies in India.

The central government is one of the respondents in the case against India’s RBI. In 2019, It had submitted a copy of what it claims to be its draft banning of Cryptocurrency and Regulation of official digital currency bill. The government, in an affidavit, also told the court it would soon introduce the bill in Parliament. Surprisingly, the government didn’t introduce it at winter sessions of Parliament as well. Despite Nirmala Sitharaman’s, Financial Minister, support of the draft bill, it was also clear that the government was rethinking their stance on it. And Cryptocurrency’s trading is finally legalized in India one year after.