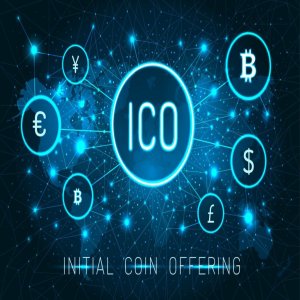 When it comes to capital markets in Asia, Thailand has been predominantly a banking and finance hub. However, with SE Digital, the first regulated initial coin offering (ICO) portal in the country receiving approval from Thailand’s securities regulator, there is now an avenue for startups looking to launch token offerings.

As more governments worldwide loosen their stance on cryptocurrencies, many are calling it 'the financial revolution'. Thailand is perhaps showing itself to be a trailblazer in the space, with its ICO portals emerging as early adopters.

According to a report from The Bangkok Post, SE Digital is targeting to raise about 2 billion- 3 billion Thai baht (roughly $66 million- $98 million) through sales of Thailand’s first investment token. The firm will make initial coin offerings (ICOs) through a website compliant with the Thai Securities and Exchange Commission (SEC).

The move is designed to encourage more blockchain firms in the space. Thailand’s SEC said that it would create a platform that would support token sales by “promoting high-quality projects in the crypto-token ecosystem” and creating “an appropriate regulatory framework that could foster innovation and entrepreneurship, while simultaneously protecting investors”.

As a fully regulated ICO portal, SE Digital is committed to safeguarding issuers' interests by offering a range of services such as ICO issuance, strategy consulting, market exposure, and secondary market access.

It is tasked with screening token issuers before seeking SEC clearance and assisting them in meeting certain criteria such as Know-Your-Customer (KYC), Customer Due Diligence (CDD), Anti-Money Laundering (AML), and investor suitability. It will also perform extensive research on the proposed tokens before making them available to investors.

The ICO portal is expected to attract a fair amount of interest from startups and investors alike.

In an interview, Mr. Jesadavat revealed that the platform has already received more than 1,000 inquiries from about 20 startups looking to raise capital through token offerings in April alone. "Many of them are asking whether they can issue tokens via our platform and how long it would take," he said.

"We expect a lot of interest from these startups as they can avoid the tedious and complicated initial coin offering process by going through our platform," he added.

With the emergence of ICOs and blockchain technology, the process of fundraising can be simplified, resulting in new possibilities for companies and investors alike.

Despite the strict security and regulatory requirements imposed by many governments on ICOs, including Thailand’s recent decision to regulate the space, it is beginning to be seen as a viable exit strategy for startups with products that are ready for market but cannot get funding through conventional means.