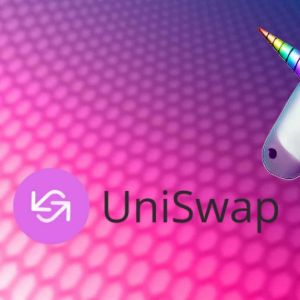 Uniswap Reports Over $100B in Trading Volumes amidst DeFi Boom

Uniswap, famous for its native token UNI, has set the bar high, becoming the first decentralized finance exchange platform to hit and pass the $100 billion in aggregate trading even as the investor interest in the decentralized market continues to be insatiable.

At the same time, the Uniswap crypto set a new threshold recently, making the total value locked (TVL) of the exchange now standing at $4 billion. The creator of the Uniswap exchange, Hayden Adams, is on record revealing through his Twitter account concerning his company's new record high in terms of their total trading volume.

Being the first DEX to hit this high, Uniswap serves as evidence to support that the activity of the DEX has been steadily growing since mid-2020. The achievement hit at an ideal time because the platform had reached the $50 billion mark only three months before this.

An evaluation of the trend of Uniswap before it finally reached this $100 billion threshold reveals that the platform witnessed a significant price increase, leading to an exponential rise in its cumulative volume chart starting July 2020.

By the time summer season of 2020 was approaching, this was also the period when Uniswap’s DeFi began to hit hard, an outcome that was enhanced by the launching of both liquidity mining and governance token for Compound and Balancer protocols (COMP and BAL, respectively), among other blue chips.

Following this notable increase in aggregate trading volumes, there was an equally significant increase in the transaction costs of Ethereum (ETH). There have also been increases in gas fees, an outcome that has led to the release of the second layer of solutions for growth (L-2), all to introduce more affordable trading.

The growth of DEX volumes

By the first month of 202, the trading volumes of DEX had already broken the record, setting a new one at $61.6 million. By February, the numbers were almost halfway hitting this newly set record, evidence that there was enough room for an even higher DEX volume record.

Other than setting over $100 billion in aggregate transactions, UNI also increased #1 billion in TVL, setting it a step closer to the leading DEX platform that stood at $3 billion in TVL by late 2020.

By February 2021, Uniswap stood at the number five position for when TVL is considered, recording almost $4 billion in cumulative Ether value within the platform. UNI also stood TVL’ssecond-highest DEX in ranking.