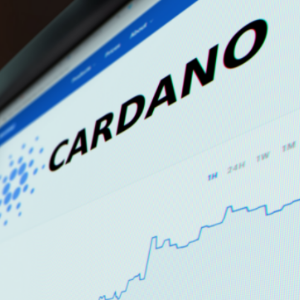 Even though metrics indicate that Ethereum remains the leader, Cardano's Mary upgrade and token upgrades are assured to rival Ethereum.

On February 12, ADA, which is the coin for the Cardano Foundation, recorded its highest hit at $0.97. The high translates into a 438% increase because the year began when they were at $0.18. Other than the big developments in the crypto arena causing the prices of pioneer assets like Bitcoin and Ethereum to go up, and even the other altcoins like LINK and DOT, among others, the growth of Cardano is also owed to the developments performed by the network which they have been operating on over Cardano's blockchain network.

February 3 marked the day when Cardano's development company Input Output Hong Kong managed to perform a radical change to their network's protocol intended to make blocks and transactions that were previously invalid to be valid. They went forward to apply the Mary upgrade, which is basically an upgrade of the Goguen native token, to their test net, transforming their blockchain network into a multi-asset network resembling Ethereum.

It was expected that by the time February ended, the team would have launched the main net. There would also be a simultaneous launching of all the other features of the Goguen update, which would be rolled out in conformity to the individual phases of the network's guidelines.

As it concerns functionality, the Mary upgrade by Cardano would match their native token to be at per with the famous ERC-20 fungible and the ERC-721 non-fungible tokens on Ether. This would be the first time for Cardano users to develop their tokens, whether fungible or non-fungible. Other than these commonalities and resemblance to the Ethereum blockchain, design variations would also exist to distinguish the native tokens of Cardano from those of Ethereum.

Working on a Better Model than Ethereum

After the Mary upgrade by Cardano, the main distinguishing feature is that there would be zero execution fees. Users normally pay these fees when they use a token smart contract over the Ethereum blockchain. The fees are referred to as gas fees.

With the bullish undertakings displayed in Ethereum and the other Ethereum blockchain tokens, there has been a notable jam in the network leading to very high gas fees. With hiking gas fees, retail investors have shunned away from any involvement with the network whatsoever.

In consultation between the General Secretary of the Cardano Foundation, Hinrich Pfeifer, and Cointelegraph, they discussed how the native tokens of Cardano would stand out. This was targeted because Cardano's native tokens have been constructed on-chain and therefore needed no smart contract whatsoever. As such, zero execution fees are required for transacting with native tokens over the Cardano network.

The absence of smart contracts in the development of tokens is good because the element of fraud is eliminated as criminals would not take advantage of the vulnerabilities associated with smart contracts.