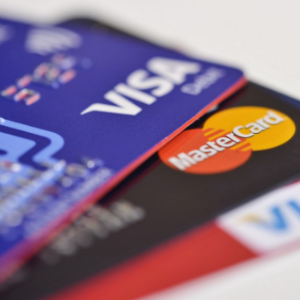 Crypto institutional adoption has been on the rise in recent weeks following a massive crypto boom since January. Following this trend, payment giant firms, Visa and MasterCard, have announced plans to offer crypto services to millions of their global clients.

A week before MasterCard’s announcement, Visa stated that it was still following its plans to boost the use of cryptocurrencies for payments. The move by these two global payment firms has increased the use cases for Bitcoin, as the largest cryptocurrency is slowly being adopted as digital money.

How will the Firms Integrate Crypto Payments?

MasterCard and Visa are renowned in their areas of operations. The firm has issued around 966 million MasterCard credit cards globally, while Visa has issued around 3.5 billion cards. Because of their large network, the firms have laid out a roadmap to bring in cryptocurrency payments.

In its announcement, MasterCard stated that cryptocurrency would roll out on the network this year, but it failed to provide a clear timeline of when this will happen. The firm also failed to mention the cryptocurrencies that would be available but hinted that stablecoins would be given priority.

The firm also stated that it would develop a prepaid MasterCard that will enable users to make payments for goods and services using the Sand Dollar in places where MasterCard is accepted. The use of Bitcoin on the network would roll out at a later date.

Nevertheless, both firms are expected to make a global rollout on the use of cryptocurrencies to make daily payments. None of the firms has clarified whether clients will have an opt-in feature for crypto payments or if crypto payments will be accessible by default. The Bahamian Sand Dollar is the first central bank digital currency (CBDC) in the world.

Despite all these uncertainties, Bitcoin’s mainstream adoption does not seem far off. The use of cryptocurrency payments is also expected to increase demand for BTC and other coins, which will create a supply squeeze. This will help fuel prices to an even larger uptrend.

BTC Adoption Has a Bullish Effect

The endorsement of BTC by both of these firms had a bullish effect on BTC prices. After MasterCard’s announcement, BTC rose from around $46,000 and reached an all-time high of $58,000.