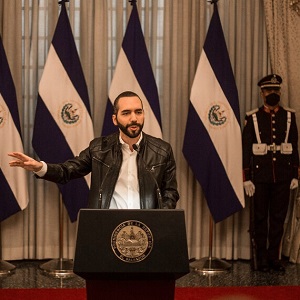 The adoption of cryptocurrencies as a means of payment has been on the rise this year. El Salvador is expanding its focus on how BTC can help its economy, with the Central American country now considering using BTC to pay salaries.

Castro stated that the decision to explore if companies can pay salaries in Bitcoin would happen after using Bitcoin as legal tender in the country is implemented into law. Castro also stated that his ministry was working with the Ministry of Economy and Finance to strategize on the roadmap for this.

In early June, the Central American country made headlines after its congress voted on Bitcoin as legal tender. The motion was tabled in Congress by Nayib Bukele, the countryâ€™s president. The news led to increased interest in El Salvador, given that Google metrics stated that the search for El Salvador reached an all-time high after the news.

The move by El Salvador to accept BTC as legal tender has sparked mixed reactions from different parties. Crypto enthusiasts and supporters have lauded the move, given that it is a step closer to boosting the legitimacy of Bitcoin and the entire crypto market.

On the other hand, global financial institutions have raised concerns over the matter, given that the prices of Bitcoin can be highly volatile, which could pose a huge risk to the economy of El Salvador in case there is a massive price dip. There is also the concern about the percentage of El Salvadorians who would willingly accept BTC payments.

Despite the scepticism, El Salvador is still pushing for the adoption of Bitcoin in the country. The country is also receiving support from external parties, such as the Central American Bank for Economic Integration (CABEI), which recently stated that it would provide the country with the necessary technical support to implement the use of Bitcoin as legal tender.

On the issue of the effect of Bitcoin mining on the environment, El Salvador stated that it was planning to enforce Bitcoin mining using energy sources from volcanoes.