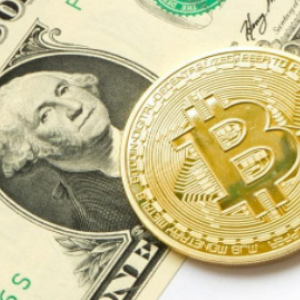 Wyoming’s senator-elect, Cynthia Lummis, has stated that Bitcoin should be given freedom of operation so that governments can measure its potential. The senator is also hopeful of bringing Bitcoin into the government sector due to her belief that the cryptocurrency can work side by side with fiat currencies.

Lummis is already a prominent figure in the political arena, given that she was the only female to be elected in a senatorial position in the 2020 elections. Lummis is also the first female senator for the state of Wyoming. Moreover, she is a major crypto enthusiast, as she has held BTC for a long time since 2013.

Lummis recently appeared on Peter McCormack’s podcast, dubbed “What Bitcoin Did”. The show host stated that Lummis would gain the title “Bitcoin Senator” among crypto enthusiasts.

Lummis also revealed that most players in the government feared Bitcoin because they did not understand its fundamentals. He, however, stated that she could help alleviate this fear by spending more time with these players and explaining how Bitcoin can work hand in hand with fiat currencies.

The senator also stated that Bitcoin was a better store of value compared to fiat currencies. She added that with fiat currency, inflation is controlled by the Federal Reserve, eroding buying power. She stated that this process was frustrating, especially for people within the retirement age. She added that BTC offers a more stable store of value. Lummis has been an agile HODLer of BTC and has never sold any of her holdings.

Lummis stated that the legislation was bad for Bitcoin because it limited the cryptocurrency from following its own path and advance so that governments can better understand its capabilities.

Other participants who joined Lummis on the podcast include Coinbase’s CEO, Brian Armstrong and other members of the US Congress. They all believed that the US would be left behind if there were slow crypto adoption. For this reason, Lummis proposed that she was open to educating other members of Congress about Bitcoin and its potential if it was given the freedom it deserved.