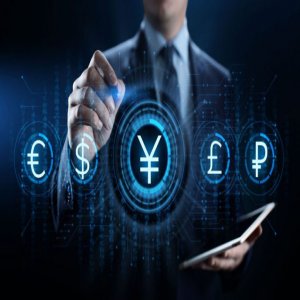 China, the south-eastern country known for its large population and diverse economic system, is planning to establish its own digital currency despite the government's prohibition on crypto trade.

When it comes to digital advancement and development, China is well ahead of the curve having created the first paper currency when the entire world was still using coins. So, when the news dropped that China was about to create a digital Chinese Yuan (RMB), it was met with mixed reactions and enthusiasm.

Due to its huge population, China is the largest digital economy in the world, with 90% of its population having internet access and more than 50% actively participating in the digital world. Although, there are over 900 million people in China with access to the internet, 225 million people in the rural areas still have no access to banks and other financial systems. Therefore, the development of a digital currency similar to the fiat Chinese Yuan (RMB) gives room for all-inclusive banking, national development, and strengthens the Yuan globally. Here’s what we know about the digital Yuan.

What is the Digital Yuan?

The digital Yuan’s official name is Digital Currency Official Payment and will serve as the perfect tool for China’s central bank (The people’s Bank of China) to digitalize the fiat notes and coins that are already in circulation. This digital currency will be based on cryptographic technology and would be considered as the first issued digital Central Bank Digital Currency (CBDC).

The CBDC will be a new form of legal tender and would attract zero interest. Unlike other existing digital payment methods like Alipay, Apple Pay that still relies on established banking buildings to facilitate the exchange of funds and require the users to pay a service fee for using these structures, the digital Yuan is independent and will only be based on blockchain technology.

Through this digital payment method, there will no longer be the need for financial middlemen. Also, through the use of near-field communication, money can be exchanged not only online but also offline through the “bumping” of mobile phones. This feature means money can be sent offline from one person to another by putting two phones against each other.

Is the Digital Yuan similar to Bitcoin?

One of the leading experts on this topic, Matthew Graham, CEO of blockchain technology from Simo Global Capital, said he is very unsure of the type of blockchain backing the DCEP

Although they both operate on blockchain technology, DCEP has several features that make it different from Bitcoin. Bitcoin operates on a public blockchain making it accessible to anybody with an internet connection, while DCEP operates on smart contracts, a conservative blockchain, and asymmetric cryptography.

Unlike Bitcoin with low efficiency and high volatility rate, DCEP is the exact opposite and is very stable having similar features of stable coins.

Why is there a need for the DCEP in China?

According to an interview with Yan Xiao, the project lead for Digital world at the World Economic Forum, he said the use of fiat cash and coins are decreasing and this will eventually prompt the need to replace them with a similar digital format.

Prior to this statement issued by Yan Xiao, Fan Yifei, the deputy governor of the People’s Bank Of China (PBOC) in an article in a state-backed Publication called Yicia Global, he stated that there was a pressing need to digitalize the coins and cash as they are not easy to use, produce and store properly.

He added that the coins and cash are easy to reproduce a counterfeit because of the anonymity they possess which makes it the perfect tool to fund illicit activities.

He further supported the need for digital currency in another article and said they will make payments and other financial transactions more efficient, increase the transmission and enactment of monetary policies, and could potentially provide a more financially stable system due to its controlled anonymity.

Another reason PBOC wants an established digital coin is to increase the diversity of the available payment methods as the citizens depend too much on Alipay and WeChat and if any financial misfortune happens to any of these platforms, it could create a nationwide systematic risk.

Linghao Bao, an analyst at Trivium China, buttressed this point by saying these aforementioned companies are owned by private bodies and although it is almost impossible for these platforms to go down, if it ever happens, it can create a huge financial crisis in China’s economy.

He further added that the major reason for the creation of the DCEP by PBOC is to level the playing ground and also to create a new payment platform with a faster efficiency rate.

There are also subtle reasons that the creation of DCEP by PBOC was to create room for more power and control. In the Western part of the world, there have been several underlying hints that the digital currency behind the Calibra Wallet, the Facebook Libra will give more power to the multinational digital enterprise, Facebook. This may spell doom for Alibaba’s Alipay and Tencent’s WeChat Pay.

How will the digital yuan be implemented?

This entails how the DCEP will be distributed and utilized during payment. The distribution involves a two-tier strategy which includes the issuance at first and then the distribution.

The distribution comprises of the hearing of DCEP by the PCOB to the four huge state-owned owned banks namely: Agricultural Bank of China, Bank of China, Industrial and Commercial Bank of China, and China Construction Bank. After a confirmed distribution process, these banks will then distribute it to top tech firms and companies in a wallet. The circulation gets to the people when they come in to get products and services and pay with their digital currency wallet on their phone.