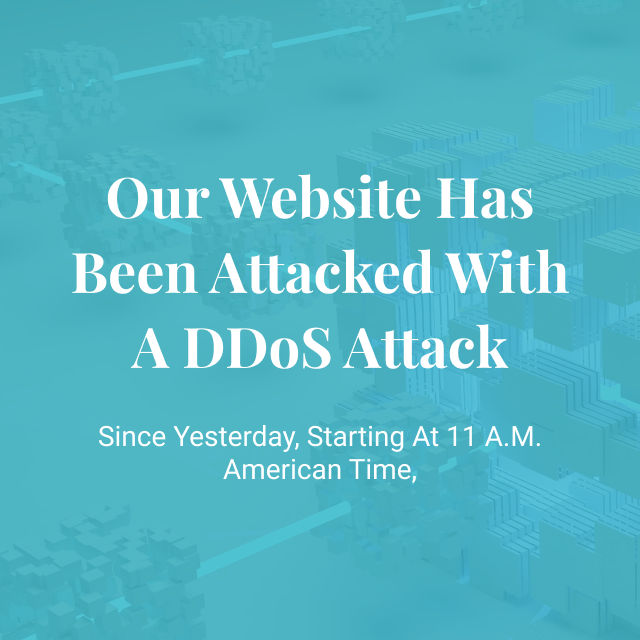 Since yesterday, starting at 11 a.m. American time, our website has been attacked with a DDoS attack (Distributed Denial-of-Service).
What is a DDoS attack? For a DDoS attack, multiple requests are sent to the attacked web resource in order to overload its capacity to process requests, thus disrupting the availability of the site.
Other companies such as Facebook, Google or Wikipedia are also affected by such attacks, albeit to a different extent.

Our IT has been working since yesterday evening to get the attack, which is still going on, under control.

The current status is that our site can be reached as usual, but some users may still have connection problems if VPN services are used.

The other operations of our platform are not affected by this issue.

We recommend following us on Telegram or on Twitter, as that is where we publish such events as quickly as possible, so that all users are fully informed.

We apologize for the issues and have already made changes to our systems to deal with these attacks faster and more efficiently.

Marc, head of IT