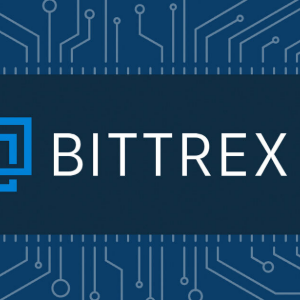 Stocks such as Gamestop, AMC among other tokenized stocks delisted by trading platforms like Robinhood, are now enjoying the support they have received from Bittrex. Bittrex Global is a veteran United States crypto exchange.

Bittrex Global recently made a public declaration concerning their intention to provide the tokenized stocks previously delisted from multiple trading platforms after the GameStop ordeal. In a public report, Bittrex will now be listing tokenized stocks for players such as BlackBerry, iShares Silver Trust, AMC Entertainment (AMC), Nokia, and even Gamestop (GME). Bittrex also intends to add other stocks to their list of offerings and will do so for any isolated stocks.

The decision by Bittrex Global is targeted at ensuring that, like big investors, even the smallest of investors are afforded equal and fair opportunities for growth.

Even ground for all investors

The support provided by Bittrex Global makes the playing field even for everyone. In a statement issued by the CEO of Bittrex, this act is targeted at levelling the ground for everyone. It would also ensure that retail traders are also favoured by the financial system that previously only focused on big traders. Nonetheless, blockchain and cryptocurrencies will revolutionize this by setting the small investors on more level ground through financial institutions so that they too can leverage the market.

Bittrex Global's decision to add the tokenized assets that had been delisted into their own list was inspired by the fact that they were left out in the open. This followed the decision by Robinhood, which stated that a steep surge in market prices could not enable the platform to retain the assets.

The decision by Robinhood to delist these stocks inspired a severe comeback from retail investors, with a specific focus on the Reddit Group that caused multiple market reactions. One of the reactions was a hike in price for the DOGE and Bitcoin cryptocurrencies.

In listing the stocks suspended from multiple platforms, Bittrex Global gives retail traders a chance to trade on stocks that interest them in the most convenient terms possible.

FTX exchange was also captured on the whole Robinhood saga. The popular crypto derivatives platform decided to develop an index called the WallStreetBets Redditors in reverence to the GME Army. This Reddit group was allegedly the main driving force behind the fluctuation in price for the tokenized stocks mentioned therein.