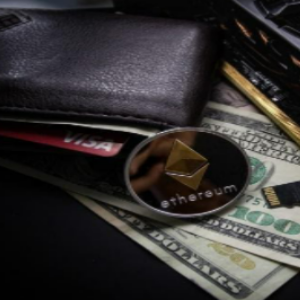 Lark Davis, a renowned Crypto YouTuber popularly referred to as the Crypto Lark, came forward earlier this year to urge Ethereum to launch Ethereum 2.0 quickly. According to the social media entrepreneur, the developers would have to be swift in response to keep their market competitors from taking advantage of gas fees and out-thriving them in the market.

According to the Crypto YouTuber, this came as a call to action, opening Ethereum’s eyes to the fact that the threat by other network competitors was real and that they would keep drawing ETH users away if they did not launch the 2.0 version soon because the gas fees were on a steady rise.

In a video released on February 19, 2021, Crypto Lark made a five-figure prediction about ether prices. While this video was his own honest opinion at that time, the YouTuber was still sure that the ever-growing Ethereum gas prices would be a problem. His main motivation for this line of thought was that high gas fees meant that the network would only be limited to the “wealthy investors”, which means that all the investors with little or limited funding would be more open to the consideration of other networks such as Binance Smart Chain (BSC), and the likes.

The Crypto Lark also made it known that there has been a steady development in market interest for the BSC network, an outcome shown by the amount of BSC Dapps present, as an immediate threat to their ETH-based counterparts.

In his own words, the Crypto Lark describes the existing gas prices as being “extremely loco” and encouraged the developers to act fast and release the Ethereum 2.0, which would be an effective way of maintaining the attention and interest of all users, big and small. Davis Lark went on to express that as it stood, Ethereum 1.0 very much needed an upgrade as many of the everyday users already found it too expensive to use most of its applications. Using Uniswap as an example, a single transaction was as high as $50 was completely unacceptable.

The first phase of Ethereum 2.0 was witnessed in the last month of 2020, which made it possible for Ethereum users to place their Ether for staking purposes. By activating phase 1 of Ethereum 2.0, the new release will certainly fragment by the end of 2021, which would lead to rapid growth capabilities.

Generally, it is true to say that there has been a steady increase in prices for Ethereum transactions. Bitinforcharts.com came forward to announce that the highest level it has ever recorded was almost $30. When the cryptocurrency market crashed amid late trading on February 22, that particular Monday recorded very high gas fees of up to $50. This adds weight to Davis Lark’s appeal to Ethereum developers that a new launch would go a long way in retaining her already scared users.