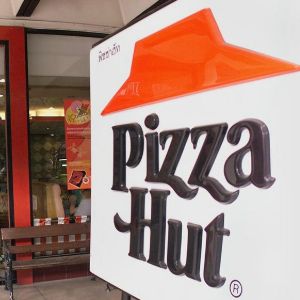 Venezuelans can now use Cryptocurrencies to make Payments at Pizza Hut

Pizza Hut has partnered with Cryptobuyer to allow pizza buyers to make payments with Bitcoin and other cryptocurrencies. Cryptocurrencies have become a major strategy used by Venezuelans to battle a poor economic climate.

Venezuela has been victim to economic sanctions imposed on the country by the United States. The Venezuelan government has also not helped in economic recovery, given that it has imposed several unfair policies. This tough economic climate has made Venezuelans lean towards Bitcoin and other cryptocurrencies.

A First of its Kind

Pizza Hut customers will have the ability to accept cryptocurrencies for payment from November 27, 2020. It will be the first time that such a popular franchise will be accepting crypto payments.

The franchise offered this service because of its partnership with Crypto Buyer, a crypto payments processing firm. Cryptobuyer has been one of the most successful businesses when it comes to promoting cryptocurrencies. Besides the recent achievement, Cryptobuyer has also been behind the launch of the first BTC satellite node and has been behind the installation of Bitcoin ATMs.

Some of the cryptocurrencies that will be accepted under this partnership include BTC, ETH, BNB, BUSD, LTC, DAI, USDT, DASH and Cryptobuyer's native token XPT. The payment has also been implemented on all Pizza Hut stores in Venezuela. As soon as Pizza Hut announced, the crypto community in Venezuela rushed to spend their crypto on their favourite pizza.

Pizza Hut also stated that the decision to allow crypto payments were attributed to increased demand from customers. Besides, the move would also position Pizza Hut in a position where it could transform and become technologically savvy. The franchise also mentioned that its customers were at the core of its major decisions, including strategic alliances such as the one made with Cryptobuyer. Hence, this move would also boost the firm's business model.

Pizza Hut will be among the many companies leaning towards cryptocurrencies to aid in business recovery during a period of economic crisis. One of the major firms to embrace crypto is Traki, the largest department store in Venezuela. The store launched a cryptocurrency division and was the first large store to accept Petro, Venezuelan official cryptocurrency.